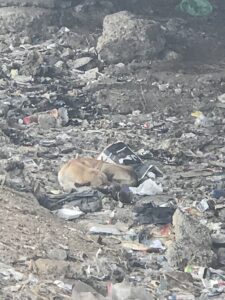 While it was a very difficult task to do so, it was a gratifying rescue for a number of reasons.

For starters, Bridgett was living in horrible conditions filled with garbage, needles and other disgusting surroundings to say the least. Bridgett had just given birth and had 6 puppies left from 11 puppies when we found her.

Bridget was practically a skeleton and starving. Her puppies were starving and she was unable to feed them.   When we took a closer look at Bridget we found her to be severely injured with a broken hind leg. Her and her puppies chances of survival would have been very low. We had to act very quickly.

Once we were able to ensure that Bridgett and puppies were healthy, then it was a green light to start planning the rescue exit from Egypt. We of course had to purchase hard cases for travel. This was also challenging as the nearest pet store was 6 hours drive away as all the local vets had cases that would only fit a small cat.

We made it back to Canada and what a beautiful experience and feeling it was to see that these amazing souls were safe. They were immediately matched with their new families that were equally just as excited to to unite with them.

Bridgett is also happy and well looked after by Animal Bank. We are pleased to have had a successful rescue such as this. 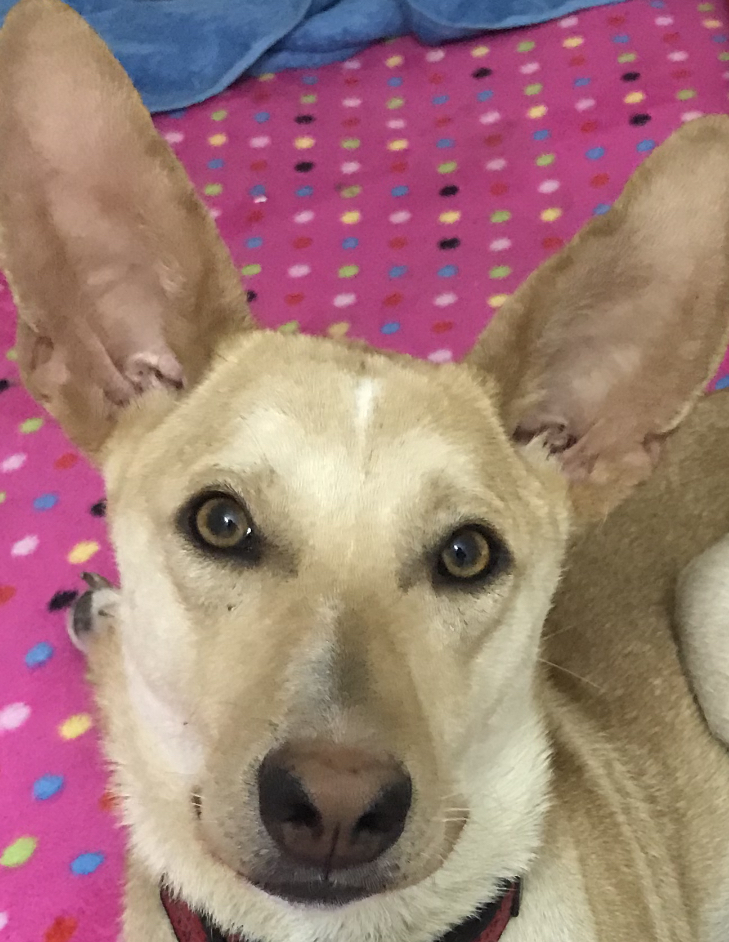 We Can't Do It Without You